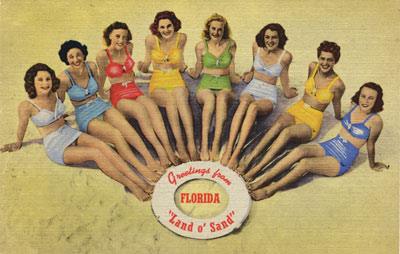 There was something about our quirky, kooky, Uncle Charlie that attracted women.

He was short and balding; he didn’t play one sport; abhorred board games, and would not play cards, dominoes, chess or checkers. He was not good with kids, and women were mad for him.

As kids, we were impressed by the parade of pretty woman he brought to family events. At Thanksgiving, there might be a tall redhead in a tight dress and high heels who towered over him. We all stared.

One Christmas, he brought a petite, blonde woman dressed in all in red – with a velvet miniskirt and black boots. We couldn’t stop staring at her either; she smoked cigarettes and blew circles of smoke. She used a huge gold compact and applied red lipstick in front of everybody. We were entranced. She was the most beautiful woman we’d ever seen. Later, we heard, Uncle Charlie married her. We never saw her again. We guessed he “unmarried” her.

One time, Uncle Charlie came over to our house with two women, one on each arm, and they were laughing and carrying on. They were quite loud and asked for martinis- like it was trick or treat or something and our mother left the room. Dad had to coax her to come back to the living room; she was not in a good mood. I think Uncle Charlie picked up on this and escorted the glamorous women back to his Cadillac. I remember he returned to the house to apologize to my mother. She was having nothing of it. He didn’t come over for a long time after that.

The Easter I turned 13, Uncle Charlie brought the most beautiful blonde woman to our house. She was dressed totally in pink. Her   dress was like a dream; it was floaty and chiffony and had spaghetti straps. Her shoes were hot pink and matched her purse. Uncle Charlie announced that they had just been married in Las Vegas. My little sister and I thought that was the most romantic story ever.   He introduced her as ‘Aunt Crystal.’ And she quickly told us she spelled her name with a “K.” I wanted to be a Krystal- and wear pink. Uncle Charlie told us they were going on a honeymoon to Europe and Aunt Krystal said she would send us kids post cards. We could hardly wait. There weren’t any postcards, and we never saw Aunt Krystal again.

At my Sweet 16 Party, Uncle Charlie showed up, unannounced. We hadn’t seen him in years. He drove up in a  classic Jaguar X KE and Betsy – who looked like the Farrah Fawcett poster- on his arm. She looked very young for Uncle Charlie. My mother made up some excuse about fake place we had to go to and my uncle and his girlfriend left. I heard my mother say, “That woman was all over him like a cheap suit!” It took me years to figure that one out.

The next time we heard from Uncle Charlie he was getting married in Monte Carlo and he would send us pictures. We are still waiting.

You’ve got to be kidding 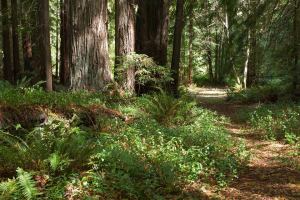 We grew up in a crazy household with dogs, birds, and floods of kids running through our massive backyard that led to the woods and forts and rope swings.

My six girl cousins and I explored the lazy stream at the bottom of the garden; we made small forts in the redwood tree stumps, had picnics and picked wild flowers to adorn the stumps. The boys in our neighborhood were all about Tarzan yells on swings and developing a system of swings over the gully. At one point, there were five swings that interconnected from one massive tree branch to another. Through the years, there were a series of broken arms and sprained wrists.

At one time, the gang of eight neighbor boys was interested in damming up our steam to make a huge pool. Boys covered in mud was a theme for a month. My brothers had to disrobe in the garden and hose down before they could enter the house.

One afternoon, a bunch of us were playing kickball on the front lawn and we heard a cacophony of sirens approaching. Were the cops coming? Lickety-split, three, huge, red, fire engines pulled to our drive way and men spilled out and ran towards our woods.

Apparently, the chefs had enjoyed a “flight of birds” and someone left the fire going…which ignited the pile of branches… which started a small fire.

For a month, the woods were “off limits” for the boys. Meanwhile, we girls had a ball exploring the boy’s forts and “trespassing” on their turf. 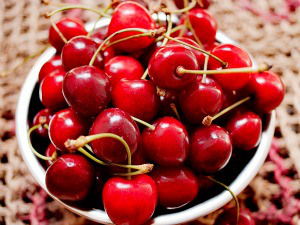 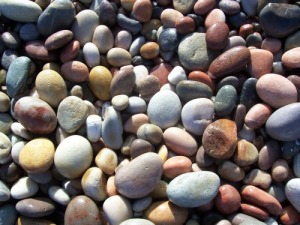 When I was eight, I published my first newspaper. I sold every copy!

My parents bought all three copies.

I carefully printed pithy stories about my older brothers, our dog and my mean Second grade teacher.

I used a Ticonderoga pencil #2 and a Big Chief Tablet.

I have been writing – often and passionately – ever since.

A star was born

I am famous for grocery lists, newsletters, Letters to the Editor and for my Dating at 50  bit for The New York Times “Modern Love.”

I know my limits

WordPress serves a challenge over the net  several times day – and I am there. I am all over it.

My love affair with Twitter started a year ago.

A friend suggested my business as a personal assistant would shoot into the sales stratosphere with a daily infusion of Twitter.

With guarded optimism, fueled by the mantra “everyone else is doing it”, I took the first step and clicked the magic green box: Get Started Join. Voila! I was in the game and all I had to do was start my English major engine and commence with copy.

Like a virtual virgin, I stumbled and stuttered. Reminiscent of a first date: it was slow and awkward. I vacillated between gushing sentences and a haiku-severe short style. Eventually, I hit my stride. I entered the shallow end of the Twitter pool and made tiny waves – twaves? Each day I would punch in a pithy prose describing my various gigs with my vast assortment of clients:

Hired Michael Angelo wannaba be to paint Sister’s chapel at Mercy convent. Not a masterpiece, but was hired to get entire building power washed. Really cleaning up.

Before I knew it, I was Tweeting all day long. People loved me! My followers multiplied – I spent, nay – wasted hours cultivating and contributing. I was hooked.

I will spare you the sordid details of detox,Twitter sobriety and kicking the habit.

All this to say- I’ve got a Writing Program and Serenity Prayer – well over 140 characters= and, dude, I don’t Tweet.

Take a letter, Maria and send it to my Mom…

Guess what? I entered a writing contest. Yep! The deal is to write a hundred word story every day for a month. Piece of cake. I could do that in my sleep. These crazy city kids give you bizarre idea (cats, soup, beach towels) and tell you to go to town.

I never told you this, but Jesse and I kidnapped that cat (no, Mom, you can’t “catnap” a cat.) We grabbed that mean old cat and shoved it in a a pillowcase (yeah, Mom we took your favorite, lacey pink, Walmart number.)

We went off to the woods, but that darn cat made such caterwaul, we had to wrap it in a beach towel, and we put it in a tree stump to mute the sound.

Remember the old white-haired couple we called Mr. and Mrs. Q-tip because of their hair? They were in the woods mushroom hunting- for that soup she sold at the farmer’s market.

The two of them heard the cat in the stump and were dumb enough to rescue the angry, spittin’ and, clawin’ feline.

Jesse and I I hid behind a tree and watched the calico jump on poor old Mrs. Soup Maker while her husband lost his balance and fell down! That darn cat took off like a lightning bolt and we jumped in to help the poor old couple.

If you’re wondering why, all these years, there was a delivery of soup to the doorstep every week- it was from Mr. and Mrs. Q-tip.

I gotta go – my assignment is to write a letter to somebody. I think I will write to Donald Trump – he needs help.